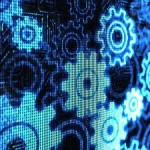 Art-Route is a PC application used to route Art-Net data between two network cards. Its primary purpose is to convert broadcast Art-Net to the more modern unicast Art-Net 3.

It achieves this by matching the list of universe numbers and IP addresses entered by the operator. When a matching broadcast packet is received, it is unicast to the relevant IP address.

ALI has used and evolved the product in numerous applications. It was originally written to solve network bandwidth problems on the NOXX Nightclub project. More recently, it was used to save the day on a project at the Bubble Theatre in City of Dreams, Macau, when an IT industry wireless router was discovered to be unable to route broadcast data.