Artistic Licence Integration’s stand at ARC 2012 packed a huge visual punch, enticing a constant stream of visitors throughout the 2-day show. Based on a simple yet ingenious wall of interconnecting blocks, the luminous blue structure artfully incorporated display screens and the latest technology from the company’s Engineering division, including previews of two exciting new products – dVnet and Diamond. 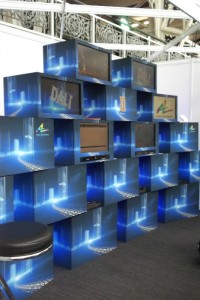 “I think I can safely say Artistic Licence has just enjoyed its most successful ARC show to date,” enthuses company founder, Wayne Howell. “This year, we exhibited as Artistic Licence Integration, which is our Projects division. The response has been overwhelming, firmly establishing our integration credentials in the buildings management arena – a sector that we now consider core to our business.” 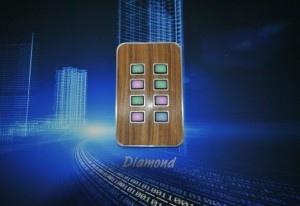 Emphasising the diversity of markets for which the company now caters, the preview products included Diamond – a wall panel controller with a distinctly boardroom feel – and dVnet, a video-to-network converter that is already creating a buzz of anticipation among those more accustomed to using media servers for such tasks.

“ALI is expanding rapidly – for example, we have also just launched a new website,” says Howell. “The feedback we have received at ARC suggests that we are getting the formula right, and there’s every indication of a busy year ahead!” 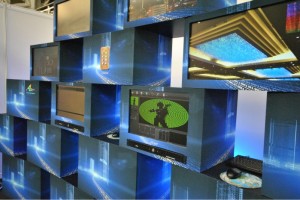