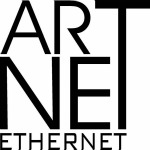 Artistic Licence announce the release of Art-Net 3. Fully backward-compatible with previous versions, this free-of-charge Ethernet protocol is now capable of handling a staggering 32,768 Universes (or 32 ‘Kiloverses’) of DMX lighting control.

Art-Net 3 retains all the hugely popular features its predecessors (Art-Net I and Art-Net II), being simple to implement, highly efficient and available on a royalty-free basis. Crucially, all existing Art-Net I and II devices will operate seamlessly with Art-Net 3.

The key difference of Art-Net 3 is its phenomenal data capacity — at least two orders of magnitude greater than the 256 Universe limit of Art-Net II.

Demonstrating the prescience for which Artistic Licence is renowned, Art-Net 3 arrives at a time when the industry needs it most.

When Art-Net I was released about a decade ago, lighting control demands rarely exceeded a handful of Universes. By the time Art-Net II arrived in 2006, the benchmark had increased to a few dozen. Today, fuelled by the explosive growth in LED technology, the largest installations have already reached the 250 Universe mark.

“Given the rate at which the data volumes are increasing, the need for Art-Net 3 is absolute,” emphasises ALI’s Managing Director, Wayne Howell. “Already, numerous Kiloverse projects are under discussion worldwide. This will still seem inconceivable to many!”

With 220-plus international manufacturers currently supporting the protocol, Art-Net 3 opens the way to an even bigger future.